They are Not Lying

The Xbox Series X is capable of output that reaches 8k images or video, but that doesn’t mean that it can produce them or make them from scratch since the GPU and CPU would have to be much more powerful. I argue that even with the upscaling technology becoming much more powerful and efficient we are not going to get a great 8k gaming experience from this machine.

I think that the goal of Xbox and Microsoft is to allow us to reach 8k video watching like YouTube, Netflix, Apple TV+, etc. They won’t say it will be a 8k gaming cause more than likely we are going to see a handful of indie titles doing it and they will work, but they will be simple. The bigger AAA titles won’t even reach it with upscaling techniques natively, but they might with streaming thru the cloud with Xbox Game Pass.

Xbox Game Pass will bring us 8k gaming to the Xbox Series X is what I will run with as the simple answer, thanks to the cloud. We cannot turn on 8k on the Xbox Series X yet, because Microsoft has that feature locked thru the software. I personally agree with their decision cause the average consumer might get confused and it is not worth adding drama or questions to the Xbox experience for the 8k content that is not there.

You can buy 8k TVs now, but there won’t be much content for you to play on it and even if it is upscale you are paying for fake 8k that won’t look better than what is out there at native 4K. Allowing the feature to be on now makes no sense, but once the 8k content starts rolling out to the masses on the streaming services I believe we will see them enable it with a software patch or update.

In short Xbox Series x 8k is not a lie, but it needs more time and it won’t be gaming without the help of the cloud with Xbox Game Pass. That is why I believe in the need for an Xbox Series X 2.0 or Pro. 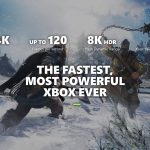 Yes it can, but it won’t do gaming at that level natively more than likely without help from the cloud with Xbox Game Pass.

Yes it can, but not right now. It is locked and when it becomes available more than likely it won’t do many games at that resolution without the aid of the cloud.

The Best Way on How To Connect Wii To TV

Metroid Endings Are Not Sexy Anymore