Home - Gaming - Which Mass Effect is The Best?
Gaming

Which Mass Effect is The Best?

To answer the question of “which Mass Effect is the best?” we need to look at the games either from a gameplay, story, or technical/performance point of view. I for example will tell you that the best Mass Effect was Mass Effect 2 and the reason why is…well, complicated!

Mass Effect 2 is, in my opinion, the answer to “which mass effect is the best?”, because it had the most surprises and character development of all the Mass Effect games. The technical performance of the game to me was also the one that felt the most exciting as to graphical fidelity.

I know I know it ran like crap on the Xbox 360 with subpar 30 fps and a resolution of 720p, but the gameplay and story development was a lot better than the original Mass Effect which also ran poorly on the Xbox 360. The PC version of the game suffers from the fact that the art was originally made with 720p in mind so the higher resolution that you could get on the PC was made almost null due to the art creation process limiting the amount of pixels it was to be reproduced on which was 720p.

If you are wanting to play Mass Effect 2 you can enjoy it with Xbox Game Pass on the old Xbox One consoles and the new Xbox Series X|S which on the new Xbox Series X|S you do get a stable 30 FPS and better texture filtering, but you can also get a pretty good 30 FPS experience with the Xbox One consoles so the real treat with this game on the new Xbox Consoles is the fact that the loading times are cut drastically so either way you are getting a better Mass Effect experience overall.

This might not be the answer to “which mass effect is the best?” that many are going to give you since it is the one that grabbed everything we loved about our journey in the Mass Effect universe and it literally ended up leaving you hanging right at the end of your climax inducing the worst possible, besides Halo 2, case of blue balls I’ve ever seeing!

The game even though it failed at nailing the landing at the end I do feel like it did good with story and driving us towards the end with better performance and graphics than the past Mass Effect games. The combat is definitely more enjoyable and on the new consoles you can enjoy a stable 30 FPS with quick loading times, but that is about it. The game also suffers from low resolution and that helps it run smooth on the Xbox One consoles, but it feels lacking a bit. The HDR on it is nice though and I

Look I’m all for nostalgia and I appreciate older games and what they can and mean to people and gaming in general, but I personally play too many games to be sticking around and visiting older titles without an incentive like new graphics or achievements. The original Mass Effect is rough around the edges, but it still is a legit game and paved the way for what Mass Effect came to be and with the release of the Mass Effect Legendary edition coming I am super excited to revisit the first game after such a long time.

It runs at 30 FPS on all consoles and feels better than the choppy original, but with no 60 FPS and better graphics it does not intrigue me enough to visit it again, but it is nice to see it available to play since we know Sony and Nintendo are literally destroying our history of games as we speak and TGFE or else it would all be gone.

The answer is subjective on whom you ask and you should experience them all. I would either not buy the Mass Effect Legendary Edition and enjoy the OG titles in their Xbox Backwards Compatibility mode with the possibility that one day they will get the auto FPS Boost Mode added to them, but if you want to experience it at “Full Send” levels than I would buy the Mass Effect Legendary edition which in my opinion until the new Mass Effect game comes out it might just be the answer to “which Mass Effect is The Best?”

I say Mass Effect Legendary might be the best version of Mass Effect even after the new one comes out, because the new one might fail to be as good of an overall package as the original trilogy in a gameplay level, but also it might just be too politicized hence forth breaking it. We shall see in a couple years…

Which Mass Effect is The Best? 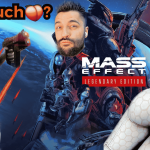 It depends on whom you ask, but I would tell you that it is Mass Effect 2 and you can jump into it and still enjoy the third one or hate it more than if you jumped straight into it first, but either way you cannot go wrong with any of them specially with the new Mass Effect Legendary Edition.

How many FPS Mass Effect 1? 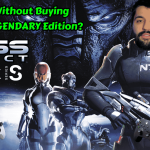 How many FPS Mass Effect 2?

How many FPS Mass Effect 3? 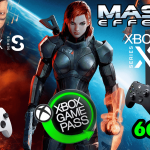 Get Xbox Game Pass and you will be able to play all the original titles thru the Xbox Backwards Compatibility mode that brings stable 30 FPS and better loading times with a small improvement to graphics for all games. Mass Effect Legendary Edition, until, if, FPS Boost Mode gets added to these games, will be the only way to play them at 60 FPS.

Is there a new Mass Effect Coming Out?

As of 2021 there has been confirmation that there is a new Mass Effect currently in development, but we don’t have a release date and don’t expect it to come out until after 2022.