You just got a new iPhone 12 Pro Max or have had it for a while and want to fully utilize it’s amazing LiDAR sensor so you look for The Best AR App for Apple iPhone LIDAR and can’t seem to find much. The thing is that it is not that you suck at finding it, but rather the developers seem to be struggling to find much use for it.

I personally was mind blown when I saw the LiDAR sensor for the first time in the 3rd Gen iPad Pro lineup and was super excited to see it in action, but I knew that it was not enough of a reason to get the new iPad Pro since the true potential of LiDAR would be in the hands of the iPhone.

Fast Forward a few months and we still don’t seem to be getting amazing LiDAR capable apps besides measuring ones, don’t get me wrong, I love the fact that we have those apps, but that does not change the fact that we should be getting more cool stuff! The LiDAR in my phone is the same tech used for traversing the red planet for goodness sakes! Where is or are The Best AR App for Apple iPhone LIDAR?

Don’t give up on LiDAR though

Just because there aren’t many apps does not mean that it is a dead technology on the contrary. The technology is barely getting started and Apple has big plans for AR and LiDAR is been on an iPhone for less than 1 year as of the writing of this article. The developers will eventually start getting it right and you will see where this is heading specially once we start seeing the Apple Glasses.

Apple is giving us a bit of demo of what the LiDAR sensor can do with its video making app called Clips. Clips is their video making app for iOS and iPadOS that allows us to use the Memoji, filters, and stickers that follow our face or body around showcasing the tracking prowess of the iDevices that Apple has build.

The Best AR App for Apple iPhone LIDAR is Clips…for now! I have hope that developers will get a grip on making them LiDAR apps for the mass consumers, but that probably won’t be on full throttle until the technology gets to be on lower end devices in the Apple ecosystem. For now the LiDAR sensor is exclusive to the higher end Apple devices like the iPhone and iPad Pro, but give it time and we will see it in the lower end iPhones and iPads and that is when it will explode together with the Apple Glasses so for now enjoy being a pioneer and be part of history in the making.

If you would like to see more in depth AR apps let me know under my socials which are located with my author card. I will be testing more AR apps and using Clips to bring you content that will educate you, inspire you, entertain you! I personally love the AR stuff and think that it is the future more so than VR and I will be sharing what you can accomplish with these new technologies on YouTube and social media’s under RichieRichLabs.

What is iPhone LiDAR? 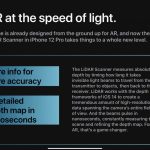 “The LiDAR Scanner measures absolute depth by timing how long it takes invisible light beams to travel from the transmitter to objects, then back to the receiver. LiDAR works with the depth frameworks of iOS 14 to create a tremendous amount of high-resolution data spanning the camera’s entire field of view. And the beams pulse in nanoseconds, constantly measuring the scene and refining the depth map. For AR, that’s a game changer.“ Source – Apple 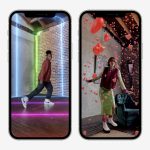 It would be the Apple App called Clips

How To Use AR on iPhone? 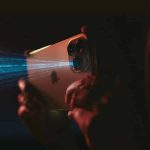 You need an AR compatible app such as a game or utility app. There are many in the App Store and the one we recommend is called Clips for iOS or the iOS system app called Measure.

Guide - How to play Lost Ark on Russian server for FREE

Finally The ElGato HD60X is Here

How to Use TikTok to Blow Up on Twitch

Is TikTok Good For Business?