The Astro C40 controller is a pretty good pro controller for pro gamers or just really hardcore gamers on PS4 that want to be able to have something similar or close to good as the Xbox Elite Series controller is. The controller came out before that controller and it was great, but now it has lost a bit of its cool and good, but still is a good controller above average for sure.

Besides them replying to such a cultured users name I applaud them for replying and letting us know. The link to the post is on the image itself or here. I personally won’t be finding a PS5 anytime soon so I’m not worried, but personally I prefer the feeling of the Astro C40 controller over the Sony PS5 controller and the haptic feedback seems dope and game changing to a good degree, but not a must.

My issue with PS5 controller is that it doesn’t have paddles and the joysticks are designed in a way that I don’t like since I hand down prefer the Xbox Controller joystick layout a lot more. Let us know if you agree by voicing your opinion in the socials under SLA or Streaming Live Academy.

There is hope though and as I mentioned at the beginning of the article I will answer the question How To Use Astro C40 Tournament Controller on PS5 since it is possible. You can use the Astro C40 controller on the PS5 while you play PS4 games, but for those PS5 titles you are going to have to use a third party device called the Cronus Zen.

This little device will allow you to use your Astro C40 TR controller on the new PS5 natively. I invite you to go read the article of what it is then decide for yourself if purchasing is worth it. I personally will probably do it when I get a PS5 and I will report my findings back to you thru SLA and my personal YouTube channel so stick around.

For now I hope that Sony will realize that not all games are going to want to or are going to use the new haptic feedback feature. They seem to be hell bound to making sure that everyone does and honestly I can’t blame them for I wouldn’t want them to have an Apple 3D Touch situation on their hands and the technology is really cool.

It’s just that I know it is not a must and it is not something that you truly need for most games so forcing everybody to have to use it or else no controller seems overkill to me. By the time I end up getting a PlayStation 5 they might have already reversed course, but we shall see then. For now all we have is the Cronus Zen and PS4 titles on our PS5 controller life.

How To Use Astro C40 Tournament Controller on PS5 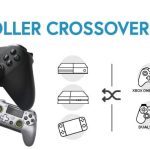 We offer a FREE 45+ Pages PDF and a full free course on how to stream on Twitch, Facebook Gaming and YouTube. We explain how we achieved more then 15.000 subscribers in only 6 months on our site, and this is all for FREE

How to Stream on Twitch From Your PC, Smartphone or Console