Hades on all Xbox consoles aims for 60 FPS, but it isn’t perfect and on resolution it is a bit odd, but understandable. First let’s talk about Hades Xbox Series X Performance Analysis Comparison.

Hades on Xbox targets 60 FPS on all xbox consoles and manages to stick to that target pretty well, but does drop often enough that you need to be aware of. I personally didn’t feel that it affected my gameplay much on all Xbox except the Xbox One S.

The Xbox One S version struggles the most, it is not bad, but it was the only one that I felt the FPS drops affecting my performance in the game so that is something perfectionist will need to take into account.

On the Xbox One X Hades performs a little better than Xbox One S on the fps department, but still drops occasionally under heavy load and surprisingly, at first, it runs at 1080p instead of 1440p or 4K.

Hades runs at 1080p on both Xbox One X|S at 1080p with occasional drops from the target 60 fps. I think that Hades is not running at a dynamic resolution and that is why we are getting that drops.

The developers aren’t a big studio so getting a dynamic resolution might be too big of a challenge for them right now, but I think that either add it in or improve, if it’s already implemented, in order to improve fps on all Xbox One consoles and even the Xbox Series X and Xbox Series S.

Hades on Xbox Series X delivers the same target 60 fps and 4K resolution as the Xbox Series S which both seem to be struggling to hit since both Xbox consoles exhibit fps drops, but not as badly as the Xbox One X and Xbox One S.

I reiterate that if there is dynamic resolution in place it needs to be more aggressive or actually implemented in order to help with the drops on all Xbox consoles.

I still can recommend the game for it is fun and unique enough art style wise and performance is good enough that the experience isn’t broken or hurt much at all. The repeat nature of the game might throw some people off, but I recommend that you focus on how the enemies change and the perks, abilities that you keep getting and leveling up throughout the game keeps things interesting and fresh.

At first glance it seems all pretty straight forward, but once you reach higher levels and gather more weapons and perks you start seeing that the game’s depth is actually pretty deep like it should since it is taking palace in hell after all…

If you have a VRR (Variable Refresh Rate) or AMD FreeSync enabled tv or monitor you will have the best Hades experience you can possible ask for. The fps drops will probably be improved on the Xbox Series consoles after release and maybe the Xbox One versions will also get some love since the developers will have more access to resources since the game is released on Xbox Game Pass on day one.

For more content like this Hades Xbox Series X Performance Analysis Comparison don’t forget to stick around SLA (Streaming Live Academy) and my YouTube/socials under RichieRichLabs. 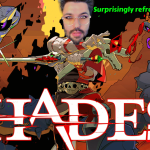 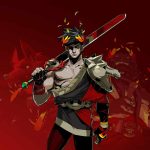 How To Get free V Bucks