So, you’ve clicked onto this because you want to make some coins on FIFA 21 Ultimate Team. I am about to give you tools to make some extra coins, you wont be a multi-millionaire, but the following methods will give you enough coins to go and purchase a decent player. Yes, these are grindy but it is worth it (Trust me). 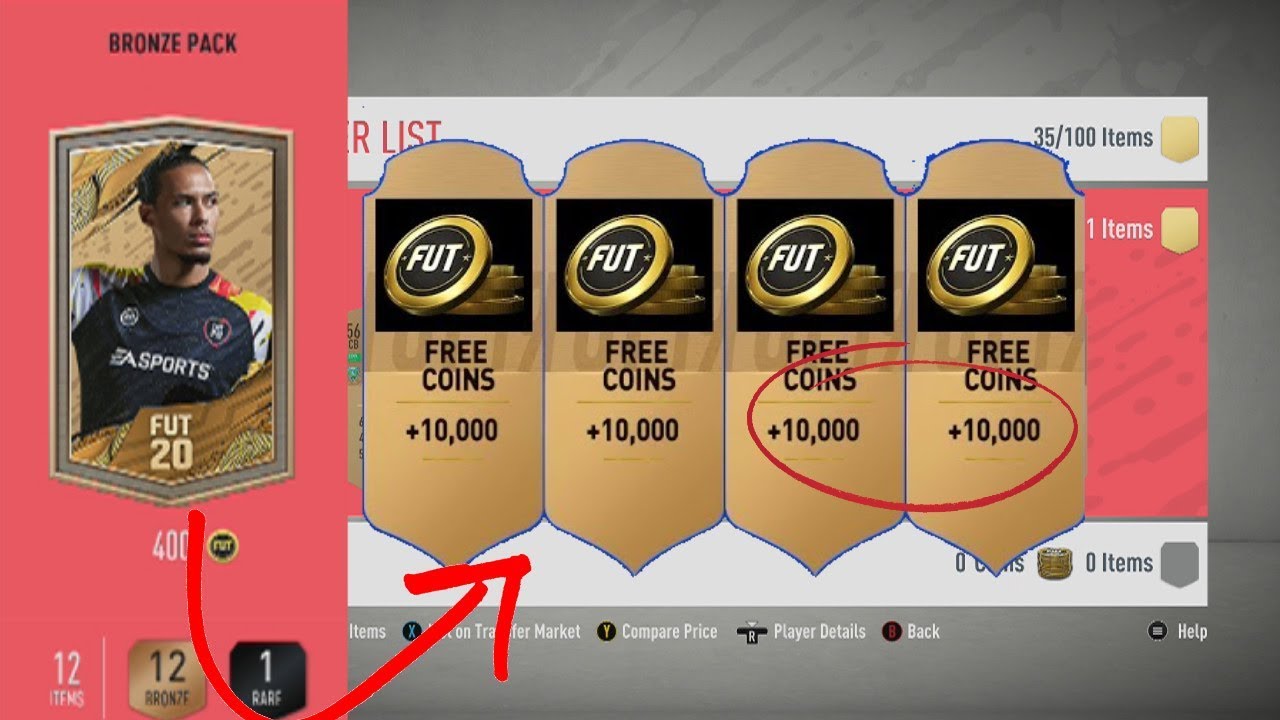 Quite possibly the most well known method, it’s pretty simple, you open 400 coin Bronze packs and then you sell either everything or you cherry pick players that may sell. So what do you sell? At the time of writing, it’s early game in FUT 21 so there is no League SBC’s or Icon SBC’s.

So here’s what you do, you could theoretically list everything and see what sells but I wouldn’t recommend that. The best method is finding players from either the 5 major leagues (or leagues that have had a past SBC) or players from the major nations. Honestly doing that is more than likely going to make you a steady profit, finding an English Premier League player from a major nation will in some cases make you back double or triple the pack worth. For best investment results start with at least 5K coins.

I stumbled across this on YouTube last year and half heartedly tried this myself, I realised that this method works brilliantly, especially if you are lucky and nab yourself a player that makes you double the coins.

Heres how you do it, first off, do this before 6PM UK time when the new content is typically released for best results. What you do is you go onto the transfer market and you set the quality to Gold Common cards, you then set the maximum price (Not Buy it now) to 300-350 coins & search. You then scroll down the order until you get to between 40secs to a minute remaining, you bid a maximum of 350 coins on all players from this point on until your trade pile is bulging. You could specify leagues but its not recommended.

After you have won a good chunk of these bids you then go through the players and list them back up for say, 450-600 if their off league cards. If they are from major leagues, compare their prices and sell accordingly, In FIFA 20 I hit a Paderborn and Sheffield United player who both netted me about 5K altogether.

Okay, first of all, this method won’t make you coins, but it will potentially allow you to get that Ronaldo or Messi. Because you don’t make money from this, it is more of a long term investment method or as I like to call it, compiling assets.

So first, you will do the BPM and send any useless players into your club. When you start getting an abundance of duplicates, you then put these bronze players through the Bronze upgrade SBC until you have gone through all of the useless leagues with no SBC. You open the packs, which give you 2 untradable silver players (hence the investment aspect of this method).

For instance, FIFA 19 I was doing this to get rid of useless gold players that i kept getting in rewards and managed to hit a Cristiano Ronaldo. Trust me it works.

Doing these strategies coupled with sniping or trading like a boss will net you easy profit. Go out these and go make that bread!