Yes you are surprised it is not since it is such an old game, but get things in perspective. doom 64 xbox series x Is an emulated game that runs good honestly and specially on the Xbox One S it runs at 1440p!

Yes Doom 64 on Xbox One S actually runs at 60 FPS 1440p resolution, because at a hardware output level the Xbox One S has the ports to do gaming at even 4K, but of course the CPU and GPU don’t allow it.

The Game on the Xbox One X targets 4K and I believe it is not dynamic due to the evident drops in fps that you can see in the video linked to this article which I highly recommend you checking it specially to see for yourself the Doom 64 Xbox Series X section of the video where we can see that even the mighty Xbox Series X can’t play doom 64 flawlessly.

That is mostly in part to the resolution being locked i think and that the emulation could use some optimizations, but none the less the fact that we have access to this game beyond the original Nintendo 64 which has tons of legacy technologies in the graphics department that emulating and replacing would take a considerable amount of work which in my opinion has been done pretty well fo this port.

I think the game looks gorgeous on all Xbox console and even though the FPS are a bit unstable it ain’t nothing VRR or AMD FreeSync can’t help with which is now so obvious why Microsoft went out of their way when compared to Sony and Nintendo to implement this technology into the consoles.

Video Game consoles like the Xbox can’t always hit their fps target with all games and you can’t upgrade them so the solution would be to mitigate the effect of dropping FPS which is exactly what AMD FreeSync and VRR (Variable Refresh Rate) do.

FPS Boost is something that this game honestly does not need since it does run smooth enough in my opinion, but that would be more of a possibility than getting a full optimized for Xbox Series X|S patch/update. The FPS Boost update could in theory get it to run even up to 120 FPS which I think it is overkill, but none the less interesting to see if it ever happens specially on Doom 64 Xbox Series X version fo the game.

The bottom line is that if you want to play this game you can do so on the Xbox Game Pass or follow our link at the start of this article to get it digitally since there is no physical copy of this game out there. The Xbox One S runs at a nice 60 or so FPS with 1440p as the highest resolution and the Xbox One X together with the Xbox Series X run at full 4K with 60 FPS as the target frame rate.

The Xbox Series S is running the Xbox One S version so you are also getting 1440p at 60 FPS as the target resolution and performance respectively. I find it to be worth your time specially if you are into achievement hunting since it is an easy game with cheat codes that if yo find guides online you can easily get the whole full fat 1,000 Gamerscore in less than 2 hours and even maybe 1 hour.

For anything else Xbox performance or reviews of games of any genre stick to Streaming Live Academy or my socials online under @richierichlabs I’m ENDWARO7 and I will talk to you next time! 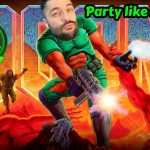 The game runs at a decent 60 FPS with drops here and there and a resolution of full 4K with what seems to be no dynamic adjustments.

The game runs at a decent 60 FPS with drops here and there at a target resolution of 1440p with what seems to be no dynamic adjustments.

The game runs at a decent 60 FPS with drops here and there at a target resolution of 1440p with what seems to be no dynamic adjustments.

The game runs at a decent 60 FPS with drops here and there at a target resolution of 4K with what seems to be no dynamic adjustments.